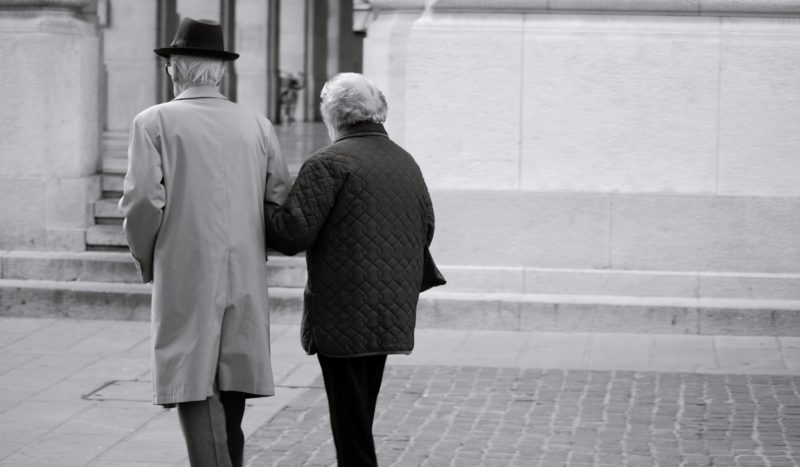 There are problems faced when a family member can no longer make decisions for themselves. They are said to “lack mental capacity”.

Unfortunately, in some cases, you can find your parents’ or partners’ minds starting to deteriorate with Alzheimer’s, Dementia or simply old age and they are no longer to manage their affairs as they were previously.

An example is Terence Jones, a 74 year old widower and Spanish Resident in Punta Prima. He has had a girlfriend (partner) for the last four years. However in the past year Terence has been diagnosed with stage 2 Alzheimer’s and is no longer to live on his own. They were living separately.

Sylvia has been solely caring for him. She has been using a power of attorney in her favour to pay bills from his Spanish bank account.  He is sadly not capable of being alone. He is not always aware or understanding, and can cause Sylvia, his partner, problems.

She put him in a private Residential Home for a period for a break. However she is now living almost entirely with him, caring for him. Terence has family in the UK. Furthermore, he has made a Spanish Will to his sister and brother who are older than him.

Sylvia approached us for advice:

The situation could go on for years with him getting worse. Sylvia will keep him at home with care assistants as long as possible. However then she will move him to a Residential Home but she does not think it would be too long before Terence sadly doesn’t know her anymore. Or maybe she cannot cope with this anymore, as she not in the best of health herself

Sylvia and Terence’s situation has legal, but also ethical and practical considerations.

Our answers are as follows:

Can Sylvia continue to use the existing power of attorney long term?

The answer is that she can use the power of attorney legally until Terence passes away. Or he is no longer mentally capable of managing his own life, finances, payments etc.

Having discussed Terence’s state of mind, he is unfortunately at that point now. Our legal advice is that she should not really continue to use the power of attorney.

However as it is being used for his own good, there is not a problem using it. But only until other arrangements can be made, as she would be using it with good intent for Terence’s benefit.

The Spanish Courts provides the possibility of starting a legal proceeding in the Courts for incapacity, regulated by the Civil Code.

Sylvia should now (with legal help) start an incapacity proceeding in the Courts for him. This would be to limit the capacity of Terence, as he cannot make his own decisions any longer.

A Judge grants this, but will need documentation, medical records etc. It will take time. As family solicitors, we can assist with an incapacity proceeding of this nature.

In the meantime, as it is for his own good, Sylvia can continue using the power of attorney. But she should definitely not make major decisions such as selling his property.

She should also involve the next of kin (his siblings) as much as possible in decisions. Thus in the future she cannot be accused of any wrongdoing or
self-interest. This could questioning all that she is doing, payments etc. Oftenwhen money is concerned, people can assume the worst when it may not always be the case.

Another alternative for Sylvia is to involve Social care departments/social services here in Spain. This is the the public side.

Can Sylvia transfer Terence to a Residence again if needed, as before?

Yes, this is an option, and should be discussed with the family (next of kin). This is possible with a private facility, but not possible to a non paying Residential Home (public). Not with the existing power of attorney, until legalised by a Court Judge.

Can Sylvia move to Terence’s house, change her address legally there?

This is a question of balancing legalities and common sense and ethics. In these circumstances, it may be best to speak to the family. This is to explain the necessity for this. Help is needed full time more or less, but of course if he passes away it will be their inheritance. She should not cause problems
by moving in or making big decisions without speaking to them.

What if her family say they are not interested and are not willing to help?

The Jurisdiction regarding their brother’s situation is Spain as it is where he lives. If a family member is incapable it is the legal obligation in Spain for the next of kin to take that responsibility. They cannot refuse or ignore the situation.

What should Sylvia do about his pensions?

The legal correct route is to go forward with an incapacity proceeding. Then when she obtains the Authority/Order from the Court she sends it to Pension Authorities informing them. So Sylvia (if she was appointed the guardian) would be responsible for officially managing his money then.

What should Sylvia do if she cannot manage with this anymore with her own health?

This is very clear. She must speak to her family and say so and say that they and Social Services need to take over. The family are legally obliged to do this.

It is essential that clear records are spent of how Terence’s money is being used. So it is suggested a big folder is kept with everything in it, all the receipts.

Sylvia is using the power of attorney for Terence’s own good (like many people do). But as he is not capable of doing these things any longer, it is no longer legal.

At this stage, it is always best to talk as a family and decide what to do. Our advice would be to start an incapacity proceeding. Then someone can become the authorised guardian/power of attorney. Please see our page on family law for more information on other matters, and please contact us directly for assistance.